According to WWF, wildlife populations are declining on a 'devastating' scale.

Mammals, birds, amphibians, reptiles, and fish have declined by an average of 69% since 1970, according to the WWF's 2022 Living Planet Index. 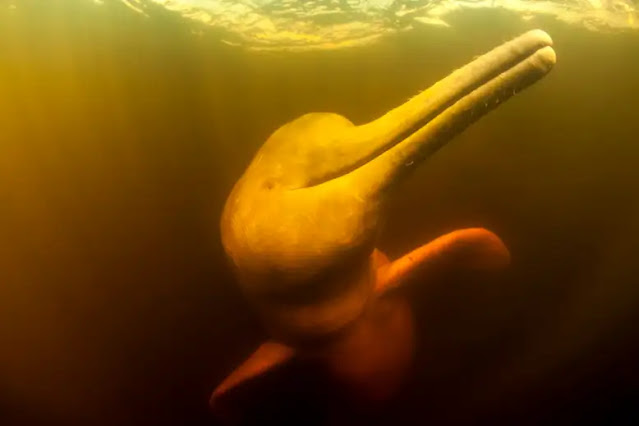 According to new data, wildlife populations around the world are declining dramatically, prompting environmentalists to call for immediate action to save the natural world.

According to the Zoological Society of London's (ZSL) 2022 Living Planet Index (LPI), studied populations of mammals, birds, amphibians, reptiles, and fish have declined by 69% on average since 1970, which is faster than previous predictions.

According to WWF's Mark Wright, the scale of the decline is "devastating" and continues to worsen. "We're not seeing any really positive signs that we're starting to bend nature's curve," he says.

Freshwater vertebrates have been particularly hard hit, with monitored populations showing an average decline of 83% since 1970.

The Amazon pink river dolphin (Inia geoffrensis), for example, experienced a 66% population decline between 1994 and 2016.

Meanwhile, some of the world's most biodiverse regions are experiencing the steepest declines in wildlife, with the Caribbean, Central and South America seeing average wildlife population sizes drop by 94% since 1970.

The most significant driver of wildlife loss in all regions of the world is habitat loss and degradation, followed by species overexploitation through hunting, fishing, or poaching.

Governments from around the world will gather in Montreal, Canada, in December for the COP15 Biodiversity Framework, a long-delayed summit aimed at agreeing on a set of new targets to halt the loss of animals, plants, and habitats globally by 2030.

"This is a once in a lifetime opportunity," says ZSL's Robin Freeman. He believes that governments must use the summit to agree on "meaningful, well-measurable targets and goals."

"In order to see meaningful action, we need governments to work together to ensure that those goals address the complex combined threats of climate change and biodiversity," says Freeman.

Some researchers, however, are critical of the LPI's use of a headline figure of decline, warning that it is open to misinterpretation.

The findings do not imply that all species or populations around the world are in decline. In fact, roughly half of the population shows a stable or increasing trend, while the other half shows a declining trend.

"It's incredibly difficult to reduce the state of the world's biodiversity to a single figure - or even a few figures," says Hannah Ritchie of Our World in Data. "It definitely fails to provide us with an accurate understanding of the problem and how we should proceed."

"I think focusing on specific species or populations is a more appropriate and useful way to look at it," Ritchie says.