SAN DIEGO (AP) — Scientists have developed techniques for "reading" words directly from brains. Brain implants can translate internal speech into external signals, allowing people with paralysis or other diseases that impair their ability to speak or type to communicate. 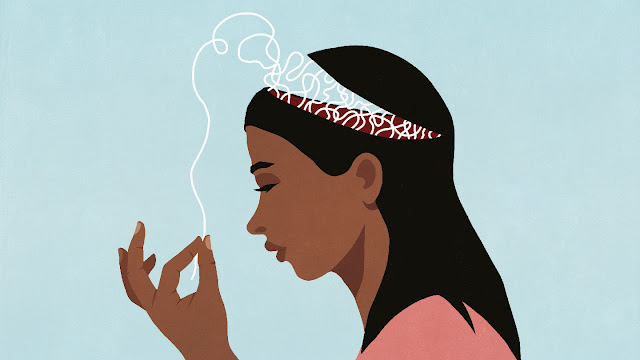 According to neuroscientist and neurocritical care physician Leigh Hochberg, new findings from two studies presented on November 13 at the annual meeting of the Society for Neuroscience "provide additional evidence of the extraordinary potential" of brain implants for restoring lost communication.

Some people who require assistance communicating can now use devices that require minor movements, such as eye gaze changes. Those tasks are not for everyone. As a result, the new research focused on internal speech, which requires a person to do nothing more than think.

"Our device directly predicts internal speech, allowing the patient to just focus on saying a word inside their head and transform it into text," says Caltech neuroscientist Sarah Wandelt. Internal speech "could be much simpler and more intuitive than having the patient spell out or mouth words."

Electrodes implanted in the brain detect neural signals associated with words. The signals can then be translated into text, which computer programs that generate speech can then make audible.

According to Hochberg of Massachusetts General Hospital, Harvard Medical School, and Brown University in Providence, R.I., this approach is "really exciting" and "confirms the power of bringing together fundamental neuroscience, neuroengineering, and machine learning approaches for the restoration of communication and mobility."

Wandelt and his colleagues were able to correctly predict which of eight words a person paralyzed below the neck was thinking. The man was bilingual, and the researchers were able to pick up on both English and Spanish words.

Electrodes detected nerve cell signals in his posterior parietal cortex, which controls speech and hand movements. According to Wandelt, a brain implant there could eventually be used to control devices that can perform tasks normally done by hand.

Another approach, led by University of California, San Francisco neuroscientist Sean Metzger and his colleagues, relied on spelling. Pancho, the participant, had been unable to speak for more than 15 years due to a car accident and stroke. Pancho did not use letters in the new study; instead, he attempted to silently say code words such as "alpha" for A and "echo" for E.

The man created sentences like "I don't want that" and "You've got to be kidding" by stringing these code letters together. Each spelling session would come to an end when the man tried to squeeze his hand, resulting in a movement-related neural signal that would halt the decoding. The findings presented at the neuroscience meeting were also published in Nature Communications on November 8th.

Pancho was able to produce around seven words per minute using this system. That's faster than his current communication device's five words per minute but much slower than normal speech, which averages around 150 words per minute. "That's the kind of speed we'd like to achieve one day," Metzger says.

To be useful, current techniques must become faster and more accurate. It's also unclear whether the technology will work for people with more severe speech disorders. "The technologies are still in their infancy," Hochberg says.

Only with the help of volunteers for the studies will progress be possible. "The incredible people who enroll in clinical trials will continue to benefit the field," Hochberg says, "as their participation is absolutely critical to the successful translation of these early findings into clinical utility."

Decoding speech and internal speech from populations of single units in the supramarginal gyrus of a tetraplegic human, S. Wandelt et al. The annual meeting of the Society for Neuroscience. November 14, 2022, San Diego.

A speech neuroprosthesis for generalizable spelling in a person with severe paralysis and anarthria, S. Metzger et al. The annual meeting of the Society for Neuroscience. November 14, 2022, San Diego.