Climate crisis: past eight years were the eight hottest ever, says UN 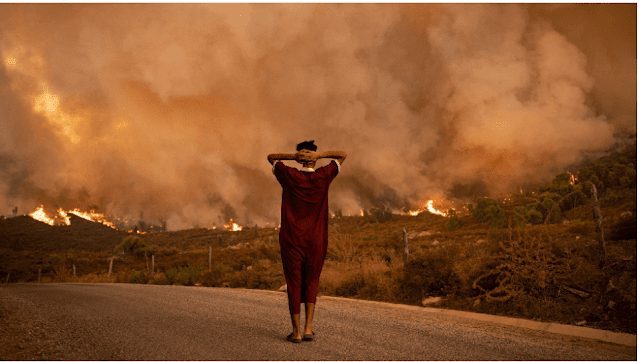 According to a new UN assessment, the past eight years have been the eight warmest on record, showing the world is really facing a climate disaster. It stated that the 1.5C goal for global warming is now "just within grasp."

The sobering study was released on the first day of the UN's Cop27 climate meeting in Egypt, and at the same time, the UN secretary-general issued a dire warning: "Our planet is on course to reach tipping points that would make climate calamity irreversible."

According to the WMO, the average global temperature in 2022 will be 1.15C warmer than it was before the industrial revolution (1850–1900), making every year since 2016 one of the warmest ever recorded.

The natural La Nia climate phenomena have actually kept global temperatures lower than they would have been during the past two years. In addition to global warming, future temperature spikes will be caused by the unavoidable return of El Nio conditions.

WMO Secretary-General Prof. Petteri Taalas stated, "The more warming, the bigger the repercussions." "The lower 1.5C [goal] of the Paris Agreement is only barely within reach because CO2 levels in the atmosphere are currently so high. For many glaciers, it's already too late, and millions of people who live along coastlines and in low-lying areas are seriously and seriously threatened by sea level rise.

Prior to Cop27, UN Secretary-General António Guterres stated: "Emissions are continuing to increase at unprecedented levels. That implies our planet is headed toward tipping points that will unleash irrevocable climate devastation. From tipping points to turning points for hope, we must transition.

According to a number of recent analyses, there is "no credible road to 1.5C in place" and with the current level of activity, there will be no decrease in emissions and a catastrophic 2.5C rise in global temperature.

Global warming is causing extreme weather to become more severe and frequent. The WMO study emphasized the longest drought in forty years in east Africa, where rainfall has been below average for four straight seasons. A food crisis is currently affecting roughly 19 million people.

Even well-prepared communities this year have been devastated by extremes, according to Prof. Taalas. "All too frequently, those least responsible for climate change suffer most," said Taalas.

The messages in this report could not be any bleaker, according to Prof. Mike Meredith of the British Antarctic Survey. Records are breaking all around the world as various components of the climate system start to fail. The effects on people, cultures, and economies are profound, making the loss of ice all the more worrisome. I'm not sure what will make the world leaders at Cop27 more focused if this doesn't.