The pandemic demonstrates how crises can derail young adults' lives for decades.

Young people are especially vulnerable to losing their way after a disaster like the pandemic. 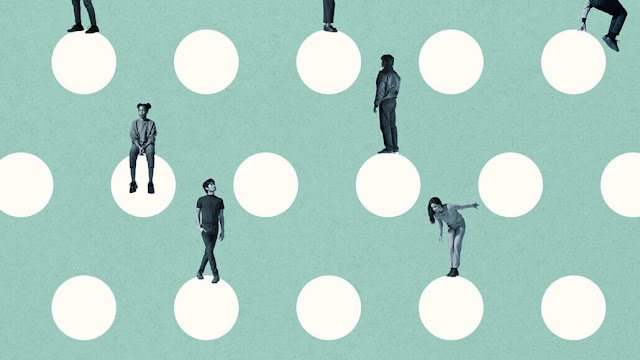 Doctors discovered a mass on Ninna Ragasa's left hemisphere of her brain when she was 24 years old. Ragasa had an arteriovenous malformation, which is a tangle of blood vessels that disrupts the flow of oxygen to the brain.

Doctors advised removing the mass to prevent it from rupturing, which could be fatal. Ragasa, a graduate student in interior design at New York City's Pratt Institute, was concerned that the brain surgery would impair her mobility and career prospects.

"Being a designer came naturally to me," Ragasa, a friend of mine, says.

But the procedure went well, and Ragasa was able to return to her life at Pratt. Ragasa began to fall about a year after the surgery. She initially blamed her hard-working, hard-partying lifestyle and reduced her alcohol consumption. But she continued to fall. So she went from spike heels to chunky boots to flip flops. Nothing worked. Ragasa once fell off the subway and had to crawl to her mother's house.

Scans revealed that Ragasa's brain swelled following the procedure, causing her to gradually lose mobility on her right side. Ragasa was no longer able to handle the physical demands of being an art student, such as model building and drawing. So she dropped out of school and went to work for a company that provided medical insurance to cover her physical therapy treatments. She felt completely lost, she says.

Many of us have our lives derailed at some point. We, like Ragasa, may become ill, divorced, laid off, or lose a loved one. According to research, our age when tragedy strikes can have a significant impact on our reaction to the event, with young adults being especially vulnerable to being thrown off course. This is due, in part, to the fact that when the rites of passage that mark the transition from childhood to adulthood are delayed or lost, young adults can feel disoriented and increasingly uncertain about their future — a point underscored by this cohort's plummeting well-being during the ongoing pandemic.

Young adulthood has not always been treated as distinct from other adult years by researchers. However, it is now widely accepted that the human brain matures well into one's twenties (SN: 5/22/19). And, as a result of recent social and economic changes, the once-straightforward path from living at home with one's parents to moving out and starting one's own family has become significantly longer and more jagged. And, for years, climate change has added to the already tense situation (SN: 8/18/21). In other words, the pandemic did not cause the mental health crisis among young adults, but rather accelerated existing trends.

Ages 18 to 25 are a period of intense exploration in love, work, and worldview. This age range should be treated as a distinct developmental stage distinct from being a child or a full-fledged adult, according to psychologist Jeffrey Arnett of Clark University in Worcester, Massachusetts, in a seminal 2000 paper published in American Psychologist. "Emerging adulthood is a time in life when many different paths remain open, when little about the future is certain, and when the scope of independent exploration of life's possibilities is greater for most people than at any other point in the life course."

The pandemic has compelled us to consider what happens when that "scope of independent exploration of life's possibilities" is stifled, if not completely eliminated.

So far, the evidence suggests that the consequences for young adults could be severe. Instead of maturing, the personalities of this group have become more juvenile, as I reported last month (SN: 9/28/22). People under the age of 30 have become less conscientious, less agreeable, and more neurotic in general. Young adults reported higher levels of anxiety, depression, and feelings of loneliness during the pandemic than older adults.

A survey of approximately 2,600 U.S. adults conducted in January 2022 revealed that this group has distorted the U-curve. According to this somewhat controversial theory, well-being, including happiness and health, is high in childhood and later life but low in middle age. According to this point of view, despair, which was once reserved for middle age, has now become a badge of youth.

In Psychology Today, study coauthor and Harvard University epidemiologist Tyler VanderWeele wrote, "The left part of the 'U' has essentially completely flattened." "When compared to their older counterparts, young people report being less happy and less healthy; having less meaning, greater struggles with character, and poor relationships; and [being] less financially stable."

Decisions made in adolescence can have far-reaching consequences. Delaying college enrollment temporarily at the start of the pandemic, for example, could become a permanent decision, radically altering one's life trajectory.

Some young adults will recover quickly from this event, but others may struggle, according to personality psychologist Rodica Damian of the University of Houston. "There is sometimes a snowball effect when something happens during a critical development period."

Damian's remark reminded me of a conversation I had with developmental psychologist Anthony Burrow of Cornell University more than a year ago. Burrow had begun characterizing a phenomenon he referred to as "derailment" shortly before the pandemic hit. Derailment, according to Burrow, refers to people's sense that their lives have been thrown off track. That feeling can cause people to lose their sense of identity, making it difficult to answer the question, "Who am I?"

Burrow defines derailment as "a subjective sense that who you were cannot be reconciled with who you are." "That train was traveling in one direction on those tracks, but it is no longer able to do so."

One way to assess derailment during a pandemic is to ask ourselves, "Am I still the same person I was before the pandemic?" Burrow explains. "It's a fundamental question with far-reaching implications."

People in the United States who feel derailed experience anxiety, depression, and decreased feelings of well-being, according to a study published in the Journal of Personality and Social Psychology in 2020. Furthermore, those feelings of derailment are linked to depressive symptoms a year or more later.

However, Burrow's work suggests ways to get our metaphorical trains back on track. In the same study, he discovered that journaling (having people write a narrative that connects their past and present selves) can help them regain that sense of continuity and reestablish future goals.

Other research suggests that adopting a more adaptable East Asian mindset may help people cope with a life that deviates from the norm. Researchers reported in the Journal of Happiness Studies in 2021 that derailed Japanese individuals do not experience the same drop in well-being as Westerners. The researchers suspect that the difference is due to differences in thinking styles. While Westerners believe that life should be linear, Japanese people believe that life is dialectic, or full of contradictions and in constant flux. As such, derailments are to be expected.

Ragasa, who immigrated to the United States as a child from the Philippines, understands the turbulence. However, losing her identity in her twenties, when she felt physically and emotionally unstoppable, left her reeling. She eventually relocated to Vermont and gave birth to a son.

Still, it took her years to accept that the old art path she was on was no longer available. "I had to grieve for it and let it go," she says. She claims to have started the difficult process of finding a new path. "I'm still lost," she says. "I need to figure out who I am right now."