Some people are more attractive to mosquitoes due to the acids in our body odor. 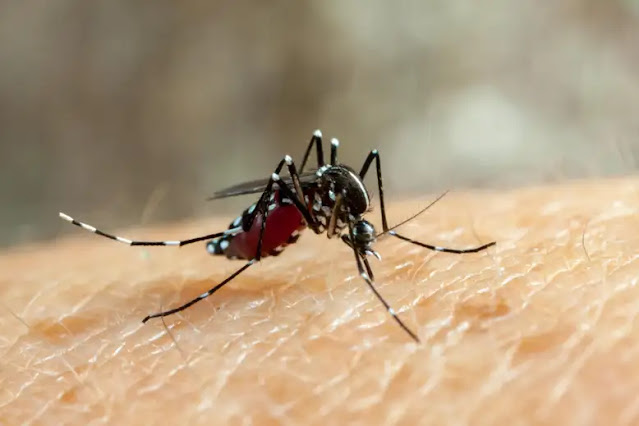 Skin bacteria produce an acidic byproduct that may attract mosquitoes.

In a series of experiments, nylon swatches worn by each participant were placed in one of two boxes. The other box contained fabric worn by another participant.

Tunnels connected two boxes to a third. Female Aedes aegypti mosquitoes—carriers of yellow fever and Zika—were in this box.

The researchers examined which fabric combination attracted more mosquitoes. They repeated the experiment over several months to confirm their findings.

De Obaldia says the team didn't categorize every chemical in the participants' body odours, which permeated the nylon. Mosquitoes bite due to other skin chemicals, body temperature, and carbon dioxide exhalation.

Unfortunately, changing our carboxylic acid production may not prevent bites. De Obaldia says genetics, skin microbiome, and diet can affect skin odor. It's unlikely to be caused by short-term factors like lunch.

In a second experiment, the team used genetically modified mosquitoes with reduced acid sensing. Although fewer mosquitoes were attracted to nylon, they could still identify mosquito magnet fabrics.

“I think this reflects [the fact] that mosquitoes are choosing who to bite based on several—potentially many—odors emanating from our skin,” says De Obaldia. “It also reflects redundancy in the olfactory system of the mosquito: when one receptor pathway is disrupted, the relevant molecules can still be detected by a different receptor pathway.”

According to De Obaldia, it is unclear why mosquitoes are attracted to one human over another. She says female mosquitoes can get good blood protein from any human to develop eggs.

“This is an important discovery that promises to trigger the development of new specific interventions such as genetically modifying mosquitoes to prevent them from biting people and transmit[ting] disease,” says George Christophides at Imperial College London.