According to a recent study on childhood myopia, children who are nearsighted experience higher levels of anxiety and despair, but the issue can be fixed. 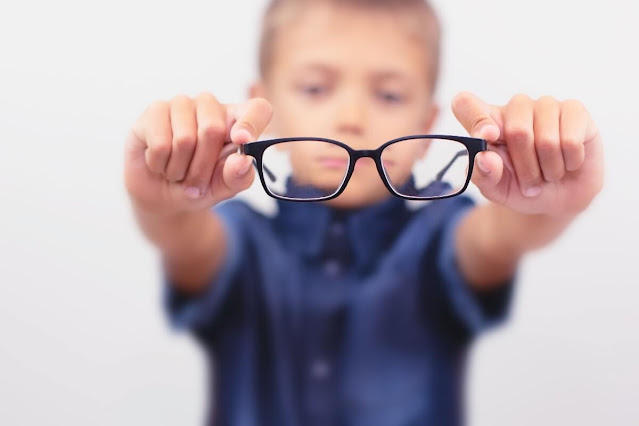 According to a new study, kids with myopia (nearsightedness) have significantly higher levels of anxiety and depression than their classmates who don't have visual problems, which was published on May 31 in the journal Ophthalmology.

There is research linking childhood myopia, anxiety, and depression

The relationship between adult depression and anxiety and vision impairment has already been extensively studied.

According to a 2021 systematic review, people with vision impairment over the age of 65 had a 25% greater prevalence of depression than the general population of older adults.

Additionally, it has been calculated that 16 percent of older persons with vision impairment experience sub-threshold anxiety (i.e., moderate, transient, and/or recurrent anxiety symptoms), with nearly 8 percent having an anxiety disorder diagnosis.

But there isn't much research looking into these connections in kids, and until this study, the topic hadn't been thoroughly studied.

Almost 700,000 children were included in a meta-analysis.

The current study was a meta-analysis of 36 other investigations carried out in the United States, China, Turkey, South Korea, Iran, Israel, and other countries between 1986 and 2020.

Nearly 700,000 individuals participated in the 36 studies that made up the meta-analysis. The youngsters in the trials that addressed vision impairment were 15 years old on average.

16 academics from universities in the US, China, Ireland, and other countries conducted the current study.

It was discovered that children with vision impairment had considerably higher scores for anxiety (SMD of 0.61) and depression (SMD of 0.57) than children with normal vision.

For kids who were myopic, the connection was very strong.

In terms of anxiety and depression, the outcomes also differed somewhat.

Children with visual impairment brought on by either myopia or other factors had significantly different ratings when it came to anxiety.

However, only myopic children had a significant difference in their depression levels; children with other types of visual impairment did not.

Why might myopia in children leads to depression and/or anxiety?

According to the study, kids with myopia or other vision impairments may have worse mental health because they engage in fewer physical activities, perform worse academically, and are more socially isolated.

Similarly, common visual issues like strabismus can have a detrimental effect on children's growth and maturation since they limit not only the children's ability to perform specific tasks but also their looks, which can influence their confidence and feelings of social belonging.

The main contributor to vision impairment globally remains to be an uncorrected refractive error, which includes myopia, hyperopia, astigmatism, and presbyopia.

In fact, a large number of the studies that made up this meta-analysis were carried out in China, which is perhaps indicative of the country's high prevalence of myopia in youngsters. More than half of Chinese youngsters between the ages of 6 and 18 have myopia, according to recent studies.

Nathan Congdon of Queen's University Belfast, one of the study's co-authors, expressed the hope that this new research "may assist spur governments to action" to address the severe effects of strabismus and myopia on children's mental health.

The study revealed the strongest evidence that vision issues had a negative influence on mental health in children who are nearsighted, a condition that is easily treated with a straightforward pair of glasses, making these findings all the more persuasive, he continues.

The fact that children with myopia, whose vision impairment is most strongly connected with sadness and anxiety, have the easiest-to-treat ocular disease, is undoubtedly encouraging for program planners, the scientists write.

For example, in some countries (such as China, India, and Vietnam), strabismus surgery is viewed as a cosmetic procedure and is thus prohibited from insurance coverage, which compels families to pay out-of-pocket.

These restrictions could dissuade the families of lower-income patients from seeking therapy, so keeping the mental health advantages of this corrective surgery out of reach.

The estimated global prevalence of strabismus is close to 2%, and the current review suggests that early detection and treatment of this condition may have a significant impact on children's mental health worldwide.

According to the researchers, this study has important implications for health care planners when allocating resources and designing interventions to combat vision impairment.