Samsung officially introduces its cheap phone Samsung Galaxy M32, here are its specifications and price The Korean manufacturer Samsung continues to expand its catalog of mid-range phones by introducing the Samsung Galaxy M32, a smartphone that features a 90Hz AMOLED display and a large 6000mAh battery. 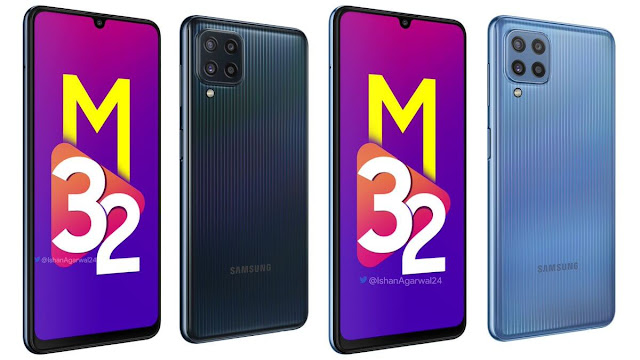 Thus, the successor to the previous version Galaxy M31 has a 6.4-inch Super AMOLED display with Full HD resolution, with a refresh rate of 90Hz and a maximum brightness of 800 nits, which is more than enough to see it in bright sunlight without any. Problem.

The processor of choice in this smartphone is MediaTek Helio G85, which is an octa-core chipset accompanied by two versions of 4 and 6 GB of RAM and two options of 64 and 128 GB of internal storage, expandable via microSD cards.

In the photography department, the Samsung Galaxy M32 will have a quad rear unit where the champ will be a 64MP main sensor, not a 48MP sensor as previously leaked.

This main camera will be accompanied by an 8-megapixel wide-angle sensor and two 2-megapixel depth and macro sensors each.

For taking selfies and video calls, this new phone has a 20MP front camera.

One of the most prominent features of the Galaxy M32 is its autonomy, as it is equipped with a large battery with a capacity of 6000 mAh, which guarantees up to two days of continuous use without the need to charge it, which also has a speed of 25W. Shipping.

The Samsung Galaxy M32 is now available for purchase in India in two colors, blue and black, and it is still unknown when it will reach other markets, although it is expected to be sooner rather than later.