Using the snooze function? According to research, you're not alone.

A new study from the University of Notre Dame paints a clearer picture of our proclivity to hit the snooze button – and if you slept in this morning, you're not alone. 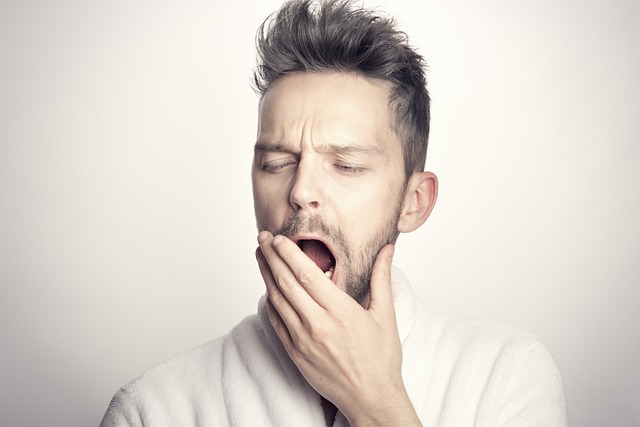 According to the study, which was published in the journal SLEEP, 57 percent of the participants were habitual snoozers. While scientists and medical professionals have long advised against it, the act of snoozing – how frequently and why we do it – is largely unstudied.

"Most of what we know about snoozing comes from data on sleep, stress, or related behaviors," said Stephen Mattingly, lead author of the study and postdoctoral researcher at Notre Dame, along with Aaron Striegel, professor of computer science and engineering at Notre Dame. "Alarm clocks and smartphones both have snooze buttons. The medical establishment is generally opposed to snoozing, but when we looked for hard data, there was none. We now have data to show how common it is – and there is still so much we don't know."

According to the Centers for Disease Control, one in every three Americans does not get enough sleep. According to the study's findings, some people cope with exhaustion by snoozing.

The survey included 450 adults with full-time, salaried jobs. Participants filled out daily surveys as well as a questionnaire. Wearable device data was used to calculate sleep duration and heart rate. Females were found to be 50% more likely to snooze than males, according to the study. Snoozers took fewer steps than other respondents and experienced more disruptions while sleeping.

"These are people who have been in the workforce for years, white-collar workers with advanced degrees – and 57% of them are snoozing," Mattingly explained. "Importantly, these statistics only represent a small population that is likely to be in the best position in terms of sleep habits. We don't know about different age groups, such as teenagers, low-income households, or any of the populations that have historically been more sleep deprived than the study's respondents. As a result, the odds are that this is a conservative estimate of the larger population."

The study also took into account each respondent's chronotype, or when they prefer to sleep and wake up. Night owls were discovered to snooze more and to be more tired in general. "Night owls are losing in the 9 to 5 world," Mattingly said.

"One of the goals of this study was to demystify what is going on with snoozing," Striegel explained. "Is it really that much worse than waking up to an alarm that goes off on the first ring? The recommendation against using an alarm is sound, but waking up to one alarm or hitting the snooze button and waking up to two or three alarms doesn't seem to make much of a difference, based on physiology and data. The problem is that you require an alarm because you are sleep-deprived."

Respondents slept longer and consumed less caffeine when they awoke naturally, rather than using an alarm clock. Snoozers and non-snoozers get equal amounts of sleep. Snoozers do not take more naps and do not report being tired more frequently.

""When we can sleep as long as we want," Mattingly explained, "the body experiences a stress response just before waking up." This physiological response contributes to a person's feeling of alertness when they wake up."

Using an alarm to disrupt natural sleep cycles can result in sleep inertia, or the feeling of being tired or groggy. ""When you wake up from a REM sleep state, your brain is almost fully awake," Mattingly explained. The hormone levels that circulate during that stage will be different from those that circulate during deep sleep."

Waking up to an alarm is a double whammy, bypassing the natural stress response required to feel alert and waking you up with out-of-whack brain chemistry.

More research, according to both Striegel and Mattingly, is needed to understand any potential negative health effects of snoozing, and Mattingly emphasized that the best advice is for everyone to sleep as much as their body requires.

Still, snoozing may have advantages.

"If you snooze and are more alert when you get behind the wheel to go to work," he says, "that could be a benefit and a useful one." "Another advantage is that it reduces caffeine dependence. It's not uniformly bad, much like stress. Some stress is beneficial, which is why we have the fight or flight response. There are appropriate times and places for it. There may be times when hitting the snooze button is advantageous."