Is the Psychedelic Therapy Bubble About to Burst?

Is the Bubble in Psychedelic Therapy About to Burst?

According to a new paper, excitement has turned into misinformation, and scientists should be the ones to correct it. 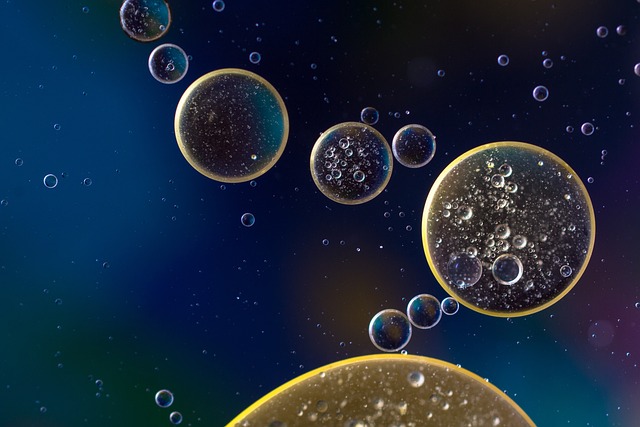 A much-anticipated paper in the field of psychedelics was published. The research, conducted at Imperial College London and published in The New England Journal of Medicine, looked into the use of psilocybin, the active ingredient in magic mushrooms, to treat depression. The study compared psilocybin to a standard antidepressant and was led by Robin Carhart-Harris, who now directs the Neuroscape Psychedelics Division at the University of California, San Francisco. The results were underwhelming: the psychedelic was only marginally better than traditional treatments at relieving depression.

Rosalind Watts, one of the paper's authors and a former clinical lead for the trial at Imperial, gave a TEDx talk on the power of psilocybin to treat depression in 2017, inspired by her time working on the study. During the talk, she expressed her belief that psilocybin has the potential to "revolutionize mental health care." Watts, on the other hand, published a Medium piece in February this year in which she expressed regret for her initial unbridled enthusiasm. "I can't help but feel as if I unwittingly contributed to a simplistic and potentially dangerous narrative surrounding psychedelics; a narrative I'm attempting to correct," she wrote.

"I just thought about how I had gotten caught up in the black and white of like, 'This is wonderful,'" she says today. "Now that I've gone through that ordeal... I'm much more neutral and agnostic."

We're in the midst of a psychedelic renaissance, with substances once thought only to be recreational drugs—such as psilocybin, LSD, and MDMA—being rediscovered as potential treatments for a variety of mental health issues. Simultaneously, legislation and stigma surrounding psychedelics have slowly begun to loosen in recent years, and it increasingly appears that it may shake loose entirely. "Suddenly, within the last year or so, the pendulum has swung all the other way," says David Yaden, an assistant professor of medicine at Johns Hopkins University who studies the subjective effects of psychedelics.

However, Yaden believes the field is in danger of overcorrecting. Yaden, along with his coauthors Roland Griffiths and James Potash, two experts in psychedelics and psychiatry, argue in a new opinion piece published in the Journal of the American Medical Association that if we don't tread carefully, psychedelic research could end up back where it started: treated with deep suspicion, if not completely outlawed. "I don't want to be a sore thumb," Yaden says. "I believe there is legitimate cause for celebration. But I believe it is an extremely important message to spread."

Yaden, Griffiths, and Potash used the Gartner Hype Cycle to forecast the potential future of psychedelics. This model can be used to characterize the trend cycle of new technologies such as virtual reality or 4D printing. This is how the pattern has gone: For decades prohibited, psychedelics have begun to resurface in recent years as potential revolutionary treatments for mental illnesses, emerging from fringe underground communities and into labs. Then, in 2018, the US Food and Drug Administration designated psilocybin as a "breakthrough therapy" for depression, which expedites the approval process. The media jumped on it, and startups sprang up, followed by obsessive psychedelic compound patenting.

But, according to Yaden, what began as a welcome ray of hope for new ways to treat mental illness (which psychedelics undeniably are, even if trial results have been modest) has morphed into actual misinformation. Claims ranging from the unsubstantiated to the outlandish began to emerge, claiming that psychedelics can "cure" mental illness, solve massive social problems, and create a "psychedelic utopia." We're in the midst of the psychedelic hype bubble, as Yaden and his coauthors refer to it. Scientists, they argue, should be the ones to break it.

Despite its promise, psychedelic research is still in its early stages. So far, trials have been small, and while results such as those from Imperial suggest that certain substances may be useful, they do not support claims that these drugs can cure mental health conditions.

Watts has come to believe that the therapeutic experience—the "assisted therapy" part of psychedelic-assisted therapy—is more important than the drugs themselves, as she has spent more time working with patients. After taking a psychedelic, a person sits with a guide for hours in what should be a safe and compassionate environment, with the space to untangle deeply buried feelings and trauma. The psychedelic effects contribute to the creation of this space.

"The drug was a catalyst to the therapeutic process, not the therapeutic process itself," she wrote about her involvement in the Imperial trial on Medium. Following that, participants received "integration" care, in which they processed everything that happened during the trip. Watts is concerned that new startups offering psychedelic treatment without the assisted therapy component may actually cause harm. "Some people will have a huge burst of openness and won't have the support to deal with it," she says. Furthermore, the actual therapeutic effect of these drugs in these scenarios may be quite muted. "I believe that many companies that have invested in the drug without therapeutic support will find their results to be very, very disappointing for their shareholders." When you see a headline extolling the virtues of "resetting your brain," Watts says what's missing is the "visceral, sometimes hellish experience" of doing so.

In an effort to protect the field, it appears that some criminal acts are being overlooked and unchecked. Cases of sexual abuse during psychedelic therapy have come to light in recent years. In an investigative podcast called Cover Story: Power Trip, New York Magazine collaborated with psychedelic watchdog nonprofit Psymposia earlier this year to investigate sexual abuse in psychedelic clinical trials. Meaghan Buisson, for example, took part in a clinical trial testing MDMA as a treatment for post-traumatic stress disorder in 2015 as part of a clinical trial hosted by the Multidisciplinary Association for Psychedelic Studies, a psychedelic research nonprofit. She was sexually assaulted during the trial.

Psychedelics cause a specific type of vulnerability because they increase suggestibility and sexual feelings. That means addressing the risk of sexual abuse in psychedelic research and therapy should be prioritized as highly as addressing the risk of hype, according to Neşe Devenot, a postdoctoral associate at the University of Cincinnati's Institute for Research in Sensing and a team member of Psymposia. "Historically, some scientists in the field have really dismissed, discounted, and even ostracized people who have spoken up about risk," she says. Psychedelic researchers haven't said much about this specific risk set, according to Devenot, and he believes they should.

It's also not just the media and industry that are promoting the hype, according to Philip Corlett, an associate professor of psychiatry at the Yale School of Medicine. Corlett compares it to the film Scream: "The call comes from inside the house." "Some scientists actively seek this kind of attention and refuse to accept responsibility for how their work is portrayed in the popular press," he says.

Some scientists are not particularly receptive to criticism from colleagues. Another study, led by Robin Carhart-Harris, looked at how psilocybin works to treat depression in April. Carhart-Harris and his colleagues hypothesized that the effect was caused by increased connectivity between different parts of the brain. However, a few other academics began to find flaws in the paper. Corlett was one of them.

He and two other concerned scientists, Fred Barrett and Manoj Doss, submitted a letter to the editor to the journal, pointing out some troubling red flags: outcome inconsistencies, odd omissions, statistical flimsiness—all in the scientific weeds, but necessary for rigorous research. Because the letter was rejected, they uploaded their response to a preprint server. (The letter has since been peer reviewed and published in a journal.) In response, Carhart-Harris and two other coauthors published a rebuttal to the rebuttal in which they questioned whether the response had been fueled by the authors' personal motivations, igniting an even larger firestorm of back-and-forth on social media. (In fact, Carhart-Harris blocked Corlett on Twitter.)

Corlett is pessimistic about the future of psychedelic research because scientists are unwilling to accept criticism. "Science is meant to be somewhat antagonistic. "It is not intended to be presided over by a single group of people," he explains. "I'm still open and excited about the possibilities," she says, "but I think this kind of breathless rush to translation and conclusion is extremely dangerous."

In an unethical twist, those in the field who have begun to dabble in the corporate side of psychedelics have become keen on hyping up findings. Declaring conflicts of interest is common practice in academia, and for good reason: would you believe a paper claiming that spending more time on Instagram makes you happier if the lead author was paid by Meta? But this happens all the time in psychedelic research; many researchers have accepted board positions or consulting fees from an ever-growing number of psychedelic companies. According to Yaden, "there's literally a financial incentive to hype the results." "I think for research to be truly solid and not hyping things, it needs to be separated out from the interests of the companies who have something to gain," Watts agrees.

Against this backdrop, it is important to remember that, while generally safe, psychedelics are not without risk. Psychedelics can occasionally cause psychotic episodes, though this is uncommon. According to Yaden, a high-profile adverse event during psychedelic treatment is a matter of when, not if. "I think it's also important to prepare people for that."

If, as Yaden and his coauthors predict, the psychedelic hype bubble bursts, there will be a backlash. However, there will be darker consequences, and those who see psychedelics as a last-ditch effort to treat severe mental illness will be among those who suffer the most. If they have unrealistic expectations, future rigorous studies that temper and provide a more realistic view of these substances' capabilities will be disappointing, according to Yaden. "They're going to feel cheated, I believe."

If the bubble bursts, Yaden and his coauthors hope that the psychedelics field will settle down, with less public and corporate interest and more time for the tedious—but necessary—rigorous research. "The goal is not to stifle research," explains Yaden. "The idea is to be in it for the long haul in a responsible, sustainable manner."