Individuals lived in small groups of close relatives, and DNA from a group of Neandertals who lived together and a couple of others who lived nearby has yielded the best genetic peek into the social worlds of these ancient hominids to date. 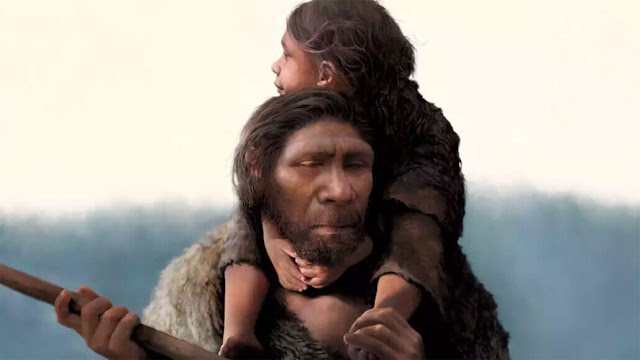 Researchers report in Nature on October 19 that Neandertal communities in a mountainous region of Central Asia consisted of small groups of close relatives and adult female newcomers as early as 59,000 years ago.

That social scenario is based on DNA extracted from the teeth and bones of 13 Neandertals discovered in two caves in the Altai Mountains of southern Siberia. Estimates of overall genetic similarity among these Stone Age people suggest that they lived in groups of about 20 people, with females frequently migrating from their home groups to those of their mates, according to evolutionary geneticist Laurits Skov of the Max Planck Institute for Evolutionary Anthropology in Leipzig, Germany, and colleagues.

It's unclear whether the Altai Neandertals' small-scale lifestyle was unique, perhaps because they lived in a sparsely populated area, or whether it mirrored Neandertal practices elsewhere in Asia and Europe. Around 125,000 years ago, a large number of Neandertals in Central Europe transformed a forest into grassland, implying that they could scale up communities as needed (SN: 12/15/21).

Skov's team looked at the DNA of 11 Neandertals from Chagyrskaya Cave and two from Okladnikov Cave (SN: 1/27/20). A father and his teenage daughter were among the Chagyrskaya residents, as was an adult female and an 8- to the 12-year-old boy, who was possibly her nephew or grandson.

In the Chagyrskaya group, mitochondrial DNA, which is typically inherited from the mother, was more diverse than DNA from the Y chromosome, which is only inherited by males. The increased mitochondrial DNA variety suggests that adult females frequently moved into that community while males remained, according to the researchers.