What will happen to the gene-edited children from China's CRISPR trial?

China's scientists are debating how to best care for three children who were gene-edited as embryos in He Jiankui's contentious experiment. 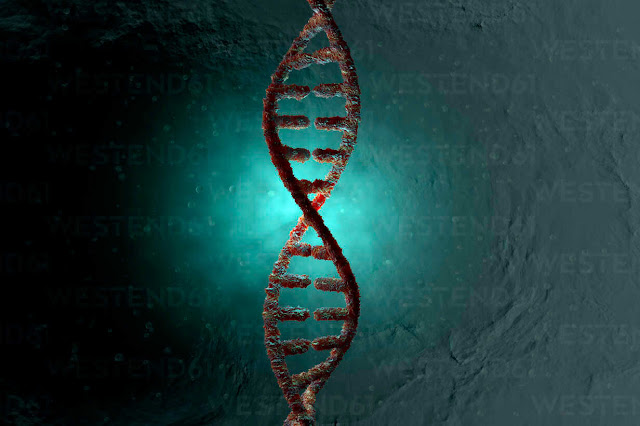 MORE THAN A BILLION people live in China, but researchers have proposed establishing a healthcare institute to care for only three: Amy and twins Lulu and Nana. These three children are the world's first genetically engineered humans.

As embryos, their genomes were edited using CRISPR technology by scientist He Jiankui in an attempt to prevent them from contracting HIV from their fathers. He was called unethical after announcing the experiment to the world in 2018. He was imprisoned in China in 2019 and released this April.

The children are now toddlers, and as they grow, the scientific community faces a difficult quandary: how to care for their well-being and any consequences of He's experiment while also respecting their private lives.

"The best way to provide them with special protection, in my opinion, is to establish a center to perform surveillance, regular or irregular examination, and treat and care for them when they fall ill, which may be caused by genetic abnormalities," says Qiu Renzong, a bioethicist at the Chinese Academy of Social Sciences' Institute of Philosophy. Qiu and his colleagues have proposed this facility to other scientists as well as several Chinese government ministries.

CRISPR is a molecular technology that can locate and cut through a specific region of the genome. He used it to delete a portion of the CCR5 gene in the genomes of the three children, and alteration known to be protective against HIV. However, this technology is not without flaws.

"CRISPR is frequently referred to as molecular scissors, but this implies greater precision than it possesses."

Anomalies in the children's genomes are extremely likely, according to Kiran Musunuru, a cardiologist and geneticist at the University of Pennsylvania and author of The CRISPR Generation: The Story of the World's First Gene-Edited Babies. "CRISPR is frequently referred to as molecular scissors," he says, "but this implies a level of precision that it does not have." "It's more like tearing through the page than cutting a precise point in it like scissors."

After CRISPR has cut a cell's DNA, its molecular infrastructure rejoins the two ends. However, this is frequently imperfect, with some DNA letters being added or removed.

"Another, more serious issue is that the target gene edit may affect the genes around it." According to Musunuru, in some cases, entire chromosomes may be deleted, resulting in "all sorts of developmental issues," such as heart problems.

Off-target edits are a known issue with CRISPR. Such uncontrolled cuts could have occurred anywhere in the children's genomes. There is very strong evidence that this occurred, according to Musunuru, one of the few researchers in the world who had access to He's unpublished scientific paper after the Associated Press provided a copy.

"It was clear from the data in He's manuscript that there were off-target edits." He described some of the edits discovered in placenta and umbilical cord tissue, but he dismissed them because the ones they discovered were not in genes. "However, this demonstrated that these edits were taking place," Musunuru says. "Because their location cannot be predicted, this could occur in a cancer-related gene, increasing the risk of developing cancer early in life." This is the most serious clinical risk."

Another concerning finding was that these edits differed from cell to cell, a phenomenon known as mosaicism, making their outcomes even more unpredictable.

"CRISPR was injected when the embryo was only a single cell, but it remains in the cell for hours, if not days, while the embryo divides within hours." So CRISPR could potentially go into all of these cells and do different edits in each of them, resulting in a patchwork of genetic edits," Musunuru explains. "It was immediately clear to me when I saw the data from the embryos that there was mosaicism in the embryos that gave rise to Lulu and Nana: they had different edits in different cells." This mosaicism, in which cells in the same tissue can behave differently due to genetic differences, can lead to health issues such as heart disease."

All of this suggests that the three children should be subjected to more stringent medical monitoring than other children. But Qiu sees another reason for life-long monitoring: the opportunity to learn more about the heritability of human genome editing.

Despite the fact that heritable genome editing is illegal in many countries, Qiu believes we should study it anyway in order to be prepared for any future illegal experiments. Not only would his proposed research center treat all such children, but it would also improve gene-editing technology to make it safer for future, legal use.

"Properly treating genome-edited individuals is both an ethical imperative and a prerequisite for the smooth development of heritable genome editing," he says. He cites thalassemia, an inherited blood disorder that causes anemia and affects 47 million people in China. Regular blood transfusions can treat thalassemia, but there is currently no cure - something that gene editing could change.

According to bioethicist Françoise Baylis of Dalhousie University in Canada, author of Altered Inheritance: CRISPR and the Ethics of Human Genome Editing, Qiu's institute's dual goals would be incompatible. "There is a critical ethical difference between monitoring to promote the best interests of the patient and monitoring to produce knowledge," she says.

According to Baylis, any efforts aimed at the best interests of children must protect their privacy and confidentiality over science. "Long-term follow-up is critical," she says, "but it should be done by a team of clinician-scientists in a healthcare facility." "It is critical to provide the children with as normal a life experience as possible." They will already be subjected to far more medical visits than other children; they should not have to bear the additional stigma of having to report to a research facility."

"As a physician, I would like to keep a much closer eye on them than I would on any other child, and have them come in for check-ups, imaging tests, and blood tests much more frequently, to see if there is anything strange going on in their bodies," Musunuru says. "However, this care could be provided in the community." A full research facility for them feels like treating them as experimental subjects because such a facility would entail invasive testing and the collection of numerous tissue samples for examination and DNA analysis. That level of scrutiny appears to be dehumanizing."

"It is critical to provide the children with as normal a life experience as possible."

Qiu claims that standard healthcare facilities are unprepared to deal with these children's unique health risks. "They could live a normal life and go to a normal hospital if they got a cold or another minor illness." However, if there are any clinical symptoms or signs of genetic abnormalities, the general hospital will not be able to treat them, nor will it be able to provide appropriate genetic surveillance and examination. The onset of clinical symptoms of a gene abnormality can take time, which is why monitoring and examining their genome are critical."

Musunuru has a different point of view. "If the genetic issues are present, it is difficult to prevent them from occurring; we could only act once a tumor has begun to form to provide the appropriate treatment," he says. "It would be of scientific interest, but it would not directly benefit the health of these children."

In the end, the Chinese government has the final say. "The situation is completely unprecedented, and we have no idea what the government will do," Musunuru says. "I hope they choose a reasonable middle path in which the girls are cared for but not in a way that is unduly burdensome to them."

The type of healthcare chosen for the first three gene-edited children could have long-term consequences, including decisions as personal as having a child. While gene editing may have resulted in harmful mutations in their genomes, these are likely to be present only in a subset of cells or tissues.

These mutations may not cause any medical problems for the girls, but they may pose a risk to future generations. If one of these harmful mutations is found in an egg cell and the egg cell develops into a child, the child will have this mutation in every cell of their body, causing medical problems.

These second-generation CRISPR children would then be more likely to pass on harmful mutations to their own children.

One solution would be for the children to only have children through in vitro fertilization (IVF), allowing for thorough screening of their eggs and embryos to ensure that a potentially dangerous mutation is not inherited.

Sterilization would be a more drastic solution, preventing the three children from passing on their genes. Most people would find this suggestion highly unethical, but the Chinese government has allegedly forced women from the Uighur ethnic minority group to be sterilized – an accusation the government denies.