According to new research, political correctness can lead to cognitive exhaustion.

Political correctness in the workplace is a hotly debated topic in the United States. Surprisingly, little research has looked into the consequences of self-censorship in order to avoid marginalizing or offending others. 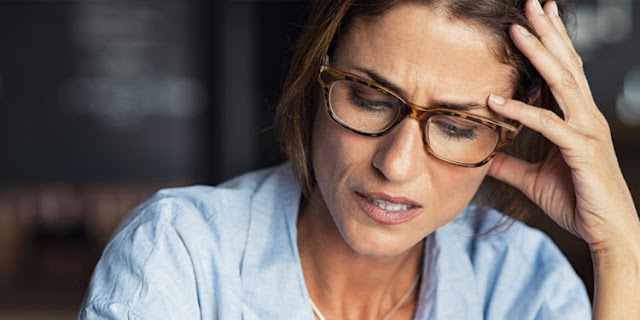 People are motivated to be politically correct out of a sense of kindness and consideration for their coworkers, according to new research published in the Journal of Applied Psychology, but being politically correct can also lead to mental fatigue. The new study is one of the first to attempt a systematic investigation of the subject.

"We became interested in this topic because the modern workplace has become quite diverse in both observable and non-observable ways." "Increasing diversity brings numerous benefits to individuals, organizations, and society," study authors Joel Koopman, TJ Barlow Professor of Business Administration at Texas A&M, and Klodiana Lanaj, Martin L. Schaffel Professor of Business Administration at the University of Florida, explained.

"However, increasing diversity can pose challenges in how people interact with one another, as it is critical to be inclusive and understanding of differences of opinion and viewpoint." Aside from communication challenges caused by diversity, there are numerous interactions that employees have during the course of a workday (e.g., providing critical feedback or conflict over performance)."

"All of these types of conversations may necessitate what we call 'workplace political correctness,' which reflects sensitivity to, or tolerance for, others and a willingness to modify or suppress either words or actions accordingly," the researchers wrote. "It appears that employees should be encouraged to be politically correct for the reasons stated above." And, indeed, the only paper on the subject that we were aware of reached the same conclusion."

"However, our personal experiences, combined with extensive prior research on related topics, led us to believe that the story was likely more complicated than this." Many of the behaviors associated with being politically correct (for example, monitoring situations to determine whether something is offensive, aligning oneself with normative expectations, and suppressing certain words or behaviors) may require self-control, which can be depleting. This has some serious implications, as depletion is likely to have an impact on how well employees interact with their spouses at home in the evening."

The research team conducted a series of studies to investigate the relationship between political correctness and cognitive resource depletion.

The researchers recruited employees from local businesses and administrative staff from two universities, as well as their partner/spouse, for their first study. Every day for three weeks, the employees completed a survey at the start of their workday, at the end of their workday, and in the evening. Each evening, their spouses completed a single survey. The final sample included 96 employees and partners.

In two subsequent studies, the researchers recruited full-time employees through the online platform Prolific and asked them to write about a recent conversation they had with a coworker. Participants were randomly assigned to either write about a conversation "in which you censored yourself, felt the need to carefully choose your words, or otherwise tried to avoid offending" that coworker or a control condition.

According to the findings of the two studies, which included a total of 447 participants, full-time employees reported more cognitive resource depletion after having a politically correct conversation compared to the control conditions.

Koopman and his colleagues wanted to confirm that other orientation was a predictor of political correctness at work in their final study. The researchers used Prolific to find 201 full-time employees and asked them to read a short essay. Half of the participants read an essay about how communities banded together in the aftermath of Hurricane Ida, while the other half read an essay about the importance of retirement savings. The participants then sent an email to a (fictitious) business owner who was thinking about instituting a vaccine mandate for employees.

The researchers discovered that other orientation was positively related to political correctness, as expected. Participants who read about communities banding together were more likely to be politically correct in their emails.

"First and foremost, we are not advocating that people be politically correct when interacting with coworkers," Koopman and Lanaj told PsyPost. "Our findings consistently demonstrated that employees choose to act politically correct at work because they care about the coworker with whom they interact." As a result, a key takeaway from our work is that political correctness stems from a good place of wanting to be inclusive and kind."

However, the study, like all research, has some limitations. It is still unknown, for example, what factors moderate the relationship between political correctness and cognitive resource depletion.

"Ours is only a first step toward better understanding both the causes and consequences of political correctness," Koopman and Lanaj explained. "There are likely a number of ways that these negative effects can be mitigated, and we hope that our paper demonstrating these negative effects will spur some of these efforts."

"In terms of political correctness, more research is needed to better understand these potential mitigation options." However, there is research to suggest that mindfulness exercises, as well as possibly focusing on the positive effects of one's behavior on others, could reduce some of these effects. Furthermore, one could argue that increasing the amount of political correctness might help here as well, as the acts would become more practiced and thus less demanding. However, all of this would have to be tested."

"We hope that researchers will also investigate the positive effects of political correctness." "As we briefly mentioned, we are aware of only one paper that looked at this phenomenon in general, and they did find some positive effects at the team level," Koopman and Lanaj said.

"We would similarly expect to see some benefits for individuals as well (perhaps improved coworker relationships)," Koopman and Lanaj added. "The overarching point is that we must ensure that we discuss political correctness in its entirety—it has some consequences, as we identified, but it also has some benefits."