Global Warming : A new study reveals what night-time warming does to planet Earth 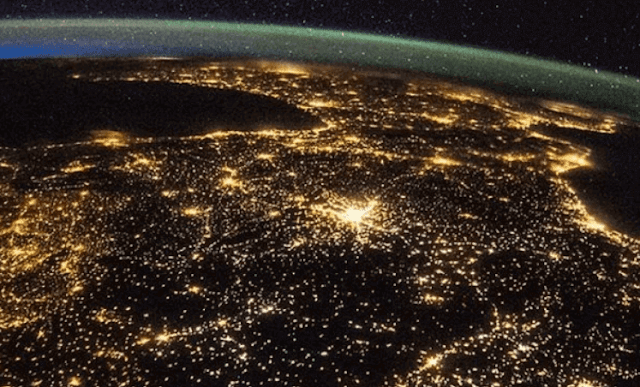 From the poles to the tropics, and from the oceans to our cities, maps of temperature fluctuations that lead to a climate crisis have been mapped, but surprisingly little attention has been paid to the daily changes in the world, day and night.

But a new study showed that our nocturnal environment is actually heating up at a faster rate than our surroundings during the day, and that may be too much for many species. The results of the study were published in the journal Global Change Biology on September 30.

After analyzing more than 3 decades of daily temperature data from all over the world, researchers from the University of Exeter concluded that there is an asymmetry in the Global Warming of our planet as it rotates on its axis.

Climate records spanned from 1983 to 2017, providing the team with a massive database of surface temperature readings every 6 hours, covering nearly the entire planet, during some of the warmest years in recorded history.

In some areas, the daytime temperatures were significantly moderated, while the temperatures at night were difficult to budge, at a time when there were times of great cooling in some environments.

But the bigger picture was surprising. Across more than half of the Earth's surface, the average annual temperature rise at night was a quarter of a degree Celsius, higher than the average for the day.

A fraction of the degree each year may appear insignificant, but over time these increases in temperature can build-up, with a major impact on the environment.

"Species that are active only at night or during the day will be particularly affected," says ecologist and lead author Daniel Cox of the University of Exeter - in the press release published on the Eurek Alert website.

Between day and night

To get a better understanding of environmental forces at work, the team also collected a set of data on other relevant climate factors, such as humidity and precipitation, and compared regional differences in vegetation growth.

And if we put the data together, something as simple as more cloud cover could easily explain the heating imbalance.

Global warming traps additional amounts of energy near the planet's surface, encouraging the atmosphere to retain moisture that then condenses into the clouds. 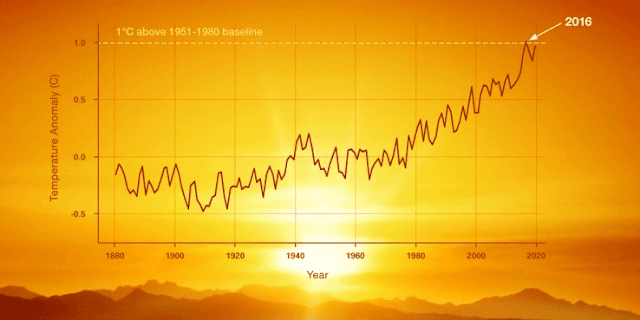 We also know that clouds do a great job at reflecting certain wavelengths of light, which may be distant in space or to Earth.

And during the day, this can help protect the roof from complete blast to sunlight, keeping temperatures slightly cool. Without this shading effect, we can expect to roast the surface of our planet.

At night, the process is reversed. The heat radiating from the Earth finds it difficult to escape into space, which makes the surface warmer.

Clouds do a great job at reflecting certain wavelengths of light, they may be distant in space or to Earth (NASA)

Even with the general increase in precipitation, the extra cloud cover during the day risks reducing the number of light plants that need photosynthesis. "The asymmetry of warming has potentially important implications for the natural world," Cox says.

"We have shown that higher night temperatures are associated with increased climate humidity, and this has been shown to have important consequences for plant growth and how species, such as insects and mammals, interact," he says.

Understanding the full effects of daily temperature fluctuation and cloud formation will require much research. Clouds can be a surprisingly complex phenomenon, especially when we take into account greenhouse gases, the influence of dust levels, and even the least variable associated with the Earth.